3 Reasons Why You Need a Thermal Inspection 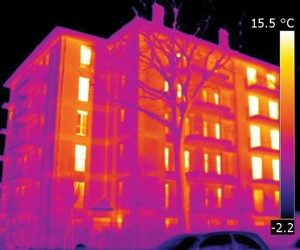 A thermal imager can cost between €2,000-100,000. While this certainly represents an investment, payback is easy to achieve as you start uncovering savings opportunities. Because the tool makes it easy to highlight problems to company leadership, it can help you secure funding for upgrades. Credit: FLIR

All facilities are subject to thermal loss, moisture intrusion, and equipment failures – do you have the right tool to track these problems?

Thermal imaging cameras were once common in utility and industrial plants, but commercial buildings have just as many opportunities to benefit from thermography. These point-and-shoot imagers have earned their place in the FM toolbox – use them to find heat loss and moisture intrusion within seconds, take no-contact measurements from a safe distance, and create pictures of problems that are easy to understand.

A PICTURE IS WORTH A THOUSAND WORDS 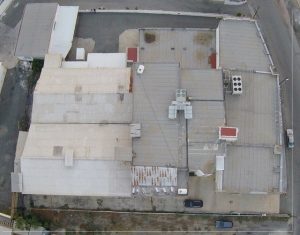 Using infrared wavelengths, these cameras can measure the thermal signature of an area as small as an electrical box to as large as your entire building envelope.

“This data is converted into a visual image that colorizes heat, making it quick and easy to identify thermal variance,” explains Roger Mavrides, vice president of engineering and product development for General Tools and Instruments.

The resulting thermographs reveal a spectrum of heat signatures that we can’t see with our naked eye, making them invaluable for spotting hidden problems, says Eric Woodroof, a certified energy manager and chairman of the board for the Certified Carbon Reduction Manager program.

Note that thermal imagers don’t measure temperature. “They measure radiated thermal energy from which a temperature is derived based on the amount of energy detected,” adds Gary Lux, a Level II thermographer and vice president of sales for manufacturer Palmer Wahl.

More than just a nifty-looking toy, these cameras can save you thousands of dollars – if you can’t manage what you don’t measure, then it’s equally true that what you can’t see and fix is draining your budget.

The very problems that can end up costing facility managers the most – poor insulation, roof leaks, and electrical malfunctions – are often the hardest to catch because they are hidden from view. Start by investigating these common problem areas.

Count the number of motors, circuit breakers, and other electrical equipment in your building – are you confident they’re all working properly?

Because thermal imagers allow you to take measurements from a distance, they’re ideal for finding issues in equipment that could pose a safety issue to workers or are hard to reach, notes Lux. FMs will often find circuits that are overheating or motor bearings that are about to fail.

“You can diagnose problems in electrical distribution systems very quickly with thermal imagers,” says Tom Scanlon, vice president of thermography sales for the Americas with tool provider FLIR. “When a motor isn’t working right, for example, the outside of the bell housing will be noticeably warmer.”

Thermal images are also used to find loose connections. “Dirt will create additional resistance over time, which causes them to overheat. You can actually lose one of the phases of a three-phase system, putting you at risk of a power failure or fire,” Woodroof cautions.

Using thermography for predictive maintenance is another great way to catch problems that could blossom into major failures down the road.

The most common problem – and the one easiest to detect – is heat loss from walls, piping, HVAC components, doors, and windows.

“Infrared cameras can’t read air temperature, but they can measure the impact of that air temperature on a surface, such as the grilles on a vent,” explains Scanlon. “You can use this information to determine if the air flow is sufficient to disburse heat or cooling in a room. You may find that you have air infiltration from the windows, so no matter how appropriate the temperature is coming out of the vent, the room will never have the right thermal balance.”

Thermal imagers can be used during the construction phase of a project as well. “Let’s say you want to confirm that a contractor is doing a good job with the insulation during a construction project. You can literally take pictures of the roof and walls to see if there are areas where the insulation wasn’t put in properly,” says Woodroof.

Because IR cameras can cover such a wide area, it’s not uncommon to spot problems that you weren’t expecting to find. You may be on the hunt for one issue, but the thermal reading will bring another trouble spot to your attention.

“One time we were looking for heat loss around a fuse box in a cold storage area of a facility. As we were taking readings, we also noticed that cold air was leaking out of the freezer high up on a wall,” recalls Woodroof. “We wouldn’t have caught this additional savings opportunity without seeing the thermal variation.”

Your roof is one of your most valuable assets, so you don’t want to find out about a leak when an employee reports a puddle on their desk. You can use thermography to track roof conditions and spot problems before they wash out occupants below.

“Typical roof problems are punctures, compromised membrane around an HVAC unit, or gaps in a seam,” Scanlon says. “With any of these, water will saturate the insulation above the roof deck. This moisture will heat up as the sun shines down. At night, the roof will radiate heat, but the areas holding moisture will take longer to radiate because they have a higher thermal mass. There’s a certain time of the evening between sundown and midnight when these spots will stand out like a sore thumb.”

Thermography may even save you from having to replace a roof altogether because you were able to pinpoint the specific issue. “Taking thermal images from a plane, you can see where a leak has compromised the roof insulation. Instead of replacing the whole roof, you can isolate the damaged area for repair,”